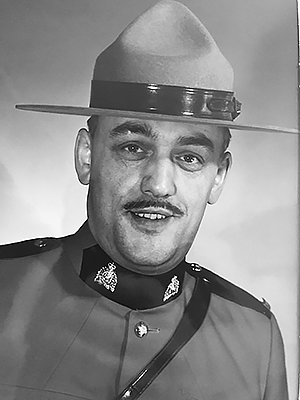 Unexpectedly, Roger passed away Friday, June 25, 2021 at his retirement home, The Victorian on Feltham in Victoria, BC.

He is survived by his wife of 65 years, Prim Spidell (Heckley) and three children, Matthew (Anjia), Jennifer Tims and Jane Spidell. He also leaves behind his beautiful grand daughters who he cherished dearly, Clara and Amelia Leney and Rebecca Tims as well as his step grandson Cody Ding and his dear friend Anna Marie Mallard along with his four-legged best friends Jax, Daisy and Nova. Roger will also be missed by his sister-in-law, Avice Heckley, his nephews Stewart, Kent, Derek and niece Cavelle and their families.

Roger was born in Barss Corner, Lunenburg County, Nova Scotia on January 31, 1931 to Minnie and Edward Spidell. He was one of 4 children and is survived by his sister Inez Lutz, and nieces Twyla (Richard) and Kristal (John), and Karen (Robin) and Iris Charlton and families. He is pre- deceased by his brother Calvin, and sister Lois Charlton of Bridgewater, Nova Scotia as well as his adventurous brother-in-law and friend, Ramsey Heckley of Jasper, Alberta.

Roger left Barss Corner seventy-two years ago to join the RCMP on May 4, 1949. He went from Halifax to Regina with $10 in his pocket and a little brown bag to start his service to Canada. After his graduation at Depot, his first posting was to Toronto, and later to Fort Smith in the Northwest Territories. His future transfers included, Edmonton, St. John and Fredericton New Brunswick, and back to Edmonton where he retired a S/Sgt. in 1979 after twenty-nine years of service. He then took a position with the Alberta Gaming Control and fully retired after 14 years.

During his years in the Force and with the Alberta Government, and within his communities, he made many long lasting and meaningful friendships, many of whom he stayed in touch with regularly. He enjoyed big game hunting, snowmobiling, playing cards, was quick witted, an avid reader, intent listener who enjoyed conversations with all fellowship. He was a gentle soul and appreciated all that life had to offer.

Roger loved to drive, and he and Prim made many memorable trips across Canada from Alberta to Ontario and on to the Maritimes and back.

Roger and Prim relocated to Victoria, BC in 2011 where they enjoyed visiting with long time friends, enjoying tea and the scenery at Cattle Point, Turkey Head and Clover Point as well as many drives up and down the Island.

Roger had a keen interest in current events and politics around the world. He loved music of all genres, attended the Arts and got out to many public events with his family and friends.

The family wishes to thank the staff and residents of the Victorian, Dr. Rideout, Dr Yang and Dr Rajala who provided Roger’s health care while in Victoria.

Cremation has taken place and no celebration of life is currently planned. In lieu of flowers, please share a toast with a loved one and remember Roger with a story.

Condolences may be offered to the family at www.mccallgardens.com