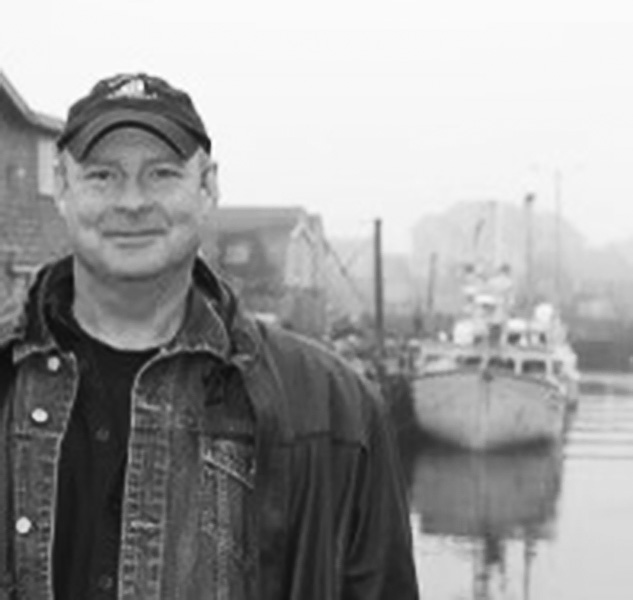 A native son of Lunenburg, Paul was born at the Fisherman’s Memorial Hospital on June 26, 1962 to parents Jack and June and sisters Judy and Debbie and older brother John. He was followed by his younger brother Stephen in 1969.

Paul’s kind, caring and sincere approach to life was equaled only by his natural athletic ability, noteworthy academic prowess and a fierce loyalty to friends, family, teammates, and community.

Paul was also a man of adventure starting at an early age. As a curious six-year-old along with his accomplice brother John, they commandeered the family car – shifting the car out of gear and removing the parking brake to roll the car down the hill into a neighbour’s home. The perpetrators quick wits had them turn the wheel just enough to avoid hitting an external home heating oil tank and leaping into the backseat before impact. Luckily, they emerged unscathed safe for the mixed parental reactions of alarm, relief and then wrath.

Paul’s love for hockey, softball, badminton, basketball and soccer, and later in life golf, made him an asset to his team, school and his town against all competitors. While skillful and effective, he did not seek the limelight. Paul was much more comfortable setting up the play and was always unreserved in his praise for those he helped score the goal.

Paul’s sense of adventure continued in the 80s with a year in Europe traveling with a lifelong friend Jeffery Cook. When Paul returned from his travels, he took a position as the Production Manager on a new factory freezer vessel, The Cape North under Captain Earnest Symes. Paul applied his talents for workflow, team building and calculus while forming strong relationships with Captain Symes and then the late Captain Larry Mossman. His time at sea included weathering the famed “perfect storm” in the late 80s. With a seasoned Captain protecting the ship and crew, Paul returned safely home to tell the tale of battling unprecedented conditions of giant waves, hurricane winds and the double-edged sword of pack ice that can both protect and crush if not properly navigated.

The fishing industry took a downturn and Paul traveled to Yellowknife to join his mother June, sister Judy and brother John to chart a new path. With John’s endorsement, Paul joined him in the now famous Yellowknife GIANT Gold MINE, in the early 90s. Paul quickly proved his abilities and was offered a position in a sister mine further North at Colomac. From there, he was recruited to operate the warehouse at Kemess Mine in Northern British Columbia and then Wajax in Fort McMurray Alberta supplying heavy equipment warehouse services for the Oil Sands.

Paul’s encounters with the furry of Mother Nature did not end with the “perfect storm”. While working in Fort McMurray, Paul and his co-workers were engulfed in the Fort McMurray wildfire in 2016. The fire took over a year to extinguish. And Paul was emergency evacuated not once but twice from choking smoke, falling ash and searing heat from the fire.

The company was sold and restructured, and Paul was once again having to transition. Again, he did not have long to wait and landed a position with TMAC Resources – now TMAC Angico Eagle in Nunavut where he worked until his body and drive gave way to the adventures and challenges of a person who had lived the experiences of many lives over.

Paul’s happiest life, by far, was being a father and a husband. In 2005, Paul met Jennifer West from Halifax and was immediately besotted. They soon moved in together and began home making and starting a family. They were tested early with the tragic loss of their first child Erin who died in 2006. The loss was made that much more difficult as it happened while Paul was away at the work camp. With the support of close family and friends, Paul and Jennifer pressed on. In 2007, Paul and Jennifer celebrated the arrival of their daughter Addison in 2007.

Family life looked good on Paul and some would say even helped his golf game. Annual family holidays spanning a decade, were spent at the “Salty Rose” in Rose Bay. The tradition brought a particularly special joy in sharing time, company, gourmet meals and indeed golf with this brother Stephen and his family.

Paul’s adoration for his daughter Addison was hard to miss. Speaking frequently of her many talents in gymnastics and dance, Paul’s blue eyes would always carry an extra sparkle when Addison was near or was the topic of conversation.

Paul was also particularly attached to the bond he had with his lifelong teammate, life coach and friend, Craig Munroe. Craig was Paul’s Rock of Gibraltar. Often inseparable, they competed together winning and losing and supporting one another through each “post-game” that life brings including personal joy and sorrow alike. In recent years, this bond extended to Craig’s partner Elizabeth Hanlon. Together, Craig and Liz became Paul’s greatest source of strength and support for which his family will be eternally grateful.

Paul, your gentle soul and generous spirit touched more people’s lives than you will ever know. You earned a peaceful rest. Rest in peace.

In lieu of flowers, donations can be made to either South Shore Addictions Services or the Mental Health Foundation Nova Scotia.

A celebration of life will be scheduled when out of province travel restrictions have been removed. www.sweenyfuneralhome.ca