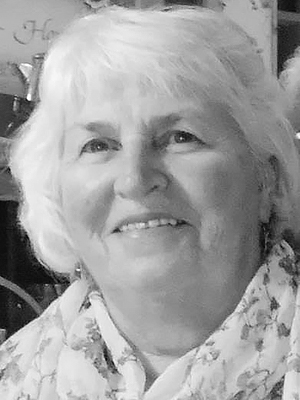 With great sadness we regret to share the loss of our dear wife, friend, mother and grandmother, who passed away peacefully on April 27, 2021, at Fishermen’s Memorial Hospital, after a courageous battle with a glioblastoma brain tumour. Born in Glace Bay, she was the eldest daughter of Clifford and Annie (Kendall) Knox.

Upon leaving high school, Margaret was employed with Thompson and Sutherland Limited, and later with F.W. Woolworth for several years. Married in 1965 to her childhood sweetheart, Harold, they later left the Maritimes on a venture north to Moose Factory, Ontario, where Dad was employed as chief x-ray technician at the Moose Factory General Hospital and Mom was employed in the offices of the Department of Indian Affairs. They returned to Cape Breton in 1968 with their newborn daughter, Lorna Jean. In 1972 they made their final move to Lunenburg where Dad was employed as chief x-ray technician at Fishermen’s Memorial Hospital and daughter Kathy Anne was born in 1973. After the children were in school, Margaret began employment with several businesses in town including Zwicker’s Variety Store, Himmelman’s Jewellers, South Shore Furniture, C.D. Ritcey’s, Donna’s Denim Depot and In Fine Company.

Margaret will be sadly missed by her husband Harold, as she was also his best friend over 55 years of marriage, also by her daughters, Lorna Jean (Todd Wentzell), Kathy Anne, and granddaughter, Catherine Ruth.

Margaret was an excellent cook, baker and homemaker, and having learned many tricks from her aunt Boyd Monk, she became a very good seamstress. Being good with both accounting and people, Margaret opened and operated her own business, Pink Impressions Bed & Breakfast, which operated for many years with a five-star rating. She was keenly interested in genealogy, flea marketing, yard sales, auctions, gardening and Scrabble. At times she took in students who were doing summer work, and at times doctors doing a locum here in town. One of her delights was in hosting and becoming the Canadian mother to many French students who came here to work at Composites Atlantic (Stelia) to advance their training and expand their work experience, with some staying as long as six months. To her it was a joy to have them, even when she would find her curtains wrapped up around the curtain rods, or the boys wanting to know if she had any “mice”!!

Pre-deceased by her parents and brothers Billie and Jimmy.

Funeral arrangements entrusted to the Dana L. Sweeny Funeral Home, 11213 Highway 3, Lunenburg. Due to COVID restrictions, a private family service will be held at a later date.

Donations may be made to the QEII Health Sciences Centre or a charity of your choice. Thank you. www.sweenyfuneralhome.ca