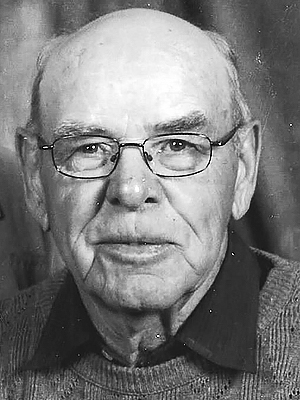 It is with great sadness, that the family of John Philip Perry, 90 of Lunenburg, and formerly of Bayport, announces his passing on Friday, April 16, 2021, at Harbour View Haven, Lunenburg. Born in Harbour Breton, Newfoundland, John was the son of the late Stanley and Frances (Herritt) Perry.

John began his working career with his father, Stanley, salt fishing on schooners. He then pursued engineering while working on dredge boats on the St. Lawrence Seaway. He moved to Lunenburg where he worked for Atlantic Bridge Company, Robert Morse Company where he travelled the world and then returning back to the area where he worked as Marine Supervisor with National Sea Products until his retirement.

John was a faithful member of St. John’s Anglican Church, where he served on Parish Council, always willing to lend a hand on work at church and the ladies of the ACW will miss his assistance in the dishpan. John was an active volunteer at the local food bank and he will be truly missed by all his family and many friends.

Besides his parents, John was predeceased by his sister, Mary, and brothers, Harold, James and Stanley.

Funeral arrangements are under the direction of the Dana L. Sweeny Funeral Home, 11213 Highway 3, Lunenburg. In keeping with John’s wishes, there will be no memorial service and interment will be at a later date. In lieu of flowers, memorial donations may be made to St. John’s Anglican Church, Lunenburg, the IWK Health Centre or to a charity of your choice. www.sweenyfuneralhome.ca