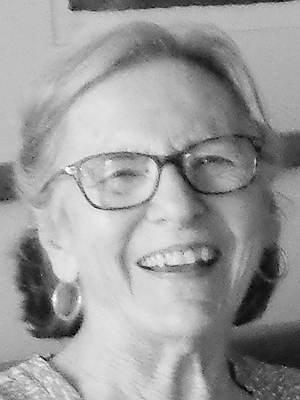 Katherine Ellen Sorenson, of Bridgewater, NS, born January 1, 1938 to the late George and Virginia (Dawson) Murray, passed away on May 4, 2021, in South Shore Regional Hospital in Bridgewater, at the age of 83.

A native of Seattle, Washington, Katherine showed remarkable talent for piano and fine arts at an early age. She then continued her study in these two fields at the University of Washington before transferring to Eastman School of Music in Rochester, New York, where she obtained both a Bachelor and a Master of Music.

After spending a number of years in the Rochester area, she married Jack Sorenson, a dear musician friend of many years, and moved to Halifax, Nova Scotia, where he was teaching at Dalhousie University. After a few years, circumstances led to the two musicians moving to Mahone Bay, Nova Scotia, where they opened Zwicker’s Inn, an exceptional restaurant that received national recognition, followed later by The Innlet Cafe, also in Mahone Bay.

In the summer of 1980, Katherine met another great love of her life, Jesus Christ. With the help of Molly Bachman and other close friends, Katherine started her journey with her Lord and Savior. They called their group “The 1938 Club”. Katherine had a spiritual hunger and never wanted to “just settle”. She wanted to keep going and keep growing, no matter how far the Lord took her in her travels. Her love of the Scriptures was deep and lasting, and she was steadfast in her faith. She was a part of various home groups and worshipped with congregations of Western Shore Apostolic Church, New Covenant Community Church Cambridge, and Bethel Church Halifax. Finally, on October 19, 2014 she joined Wellspring Christian Community Outreach of which she was a vital and valued member until her death. She served there faithfully, sharing insights, seeking truth, being taught, using her spiritual gifts to lead worship through anointed music, and giving of her time and energy to perform building maintenance and cleaning.

Katherine was aware of her imperfections and wanted to become the person God wanted her to be. She allowed the Lord to transform her through their relationship over the years, which he did gently and faithfully. She had a strength of character and assertiveness that could be off-putting for some but for others, was an honesty highly treasured. She was generous and courageous of spirit.

When she retired from the restaurant business, Katherine again began to garden and to teach piano. She also became a prolific painter whose originals, prints, and cards had many admirers. Along the way, she imparted a love of the arts, music, animals and Jesus. She was a true woman of honour, dignity, strength and justice. She stood up for truth, righteousness and life. She will be deeply missed but her testimony and legacy will live on in so many that were privileged to have her sow into their lives.

Besides her parents, she was preceded by husband, Jack Eugene Sorenson, and brother-in-law, Alton Harry Earle.

Due to provincial health restrictions, private burial took place Saturday, May 8, 2021 in Garden of Rest Cemetery, Blockhouse, Rev. Jennifer Varner officiating. A public Celebration of Life will be announced once restrictions have been eased. In lieu of flowers, donations may be made to Wellspring Christian Community Outreach, New Germany or the Euthanasia Prevention Coalition. Arrangements entrusted to Sweeny’s Funeral Home, 35 York Street, Bridgewater, where on-line condolences and messages may be made by visiting www.sweenysfuneralhome.com.