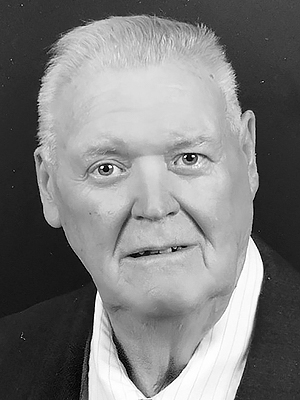 It is with great sadness that the family of Capt. Donald “Michael” James Cook, 82, of Bridgewater announces his passing on Thursday, June 10, 2021 at the Valley Regional Hospital, Kentville.

Born in Riverport, he was the son of the late Donald and Annie (Conrad) Cook.

Michael started his early career working with his father and then realized his love of the sea and started his seagoing career fishing on the vessel Arthur J. Lynn and then went coasting with the Okay boats in Newfoundland and was a crew member on the CGS Baffin Research Vessel in the North. He continued his fishing career as Chief Engineer on the scallop dragger The Agar, was Mate on the Frances R and Captain on the Alberta R and retired in 1994 as Mate on the Ruby Elaine.

He was a member of the Bridgewater Baptist Church.

When at home and not at sea, Michael enjoyed spending quality time with his family, especially his grandchildren and travelling with friends.

Funeral arrangements are under the direction of the Dana L. Sweeny Funeral Home, 11213, Highway 3, Lunenburg.

A memorial service will be held Saturday, August 21 at 2 p.m. at the Bridgewater Baptist Church, Bridgewater. Seating is limited at the church so please call the funeral home if you plan to attend at 902-634-3942.

In lieu of flowers, memorial donations may be made to the Bridgewater Baptist Church, Lunenburg County VON or to the Valley Regional Hospital, Kentville.

The family would like to thank Dr. John Paul McCarthy and the Staff of the Valley Regional Hospital in Kentville and to the Lunenburg County VON for their wonderful and compassionate care shown to Michael while he was in their care.