Safety improvements worth singing about

Every May, in the safety world there is something called "NAOSH week." This is when we try to raise awareness of preventing illness and injury in the workplace and at home.

How things have changed in industry, related to health and safety, from "back in the day."

Recently, I was thinking of a song by Jimmy Webb, and it occurred to me that the song is really about industrial accidents, and also about reincarnation but let's focus on the bit about accidents.

Webb wrote work-themed ballads, such as Wichita Lineman about a guy working on a power pole in a snowstorm, and Galveston about a reluctant soldier during a 19th century war.

However the song of his that I have in mind is The Highwayman. The second verse is about a marine accident, where a sailor falls from the mast and is lost at sea.

Marine safety on a sailing ship 150 years ago would have consisted of holding onto the rigging, or maybe a lifeline. If the guy fell overboard, the crew would throw things to him and try to beat upwind with the ship, to bring him back aboard, assuming he could swim, and the ship could get to him quickly enough, while he still had strength to hold onto the rope that would be thrown to him.

Marine safety equipment, procedures and regulations have since greatly improved for all sizes and types of vessels. Many vessels today have permanently installed lifelines; often they're not "lines" at all but rails built along the ship. Personnel all wear harnesses and are attached to the ship when on deck. Even better are ships that are designed to be almost completely enclosed, with little need to risk a crew member going over the side.

The third verse of Webb's song is about a construction worker on the Hoover Dam in Boulder Colorado, who slipped and fell during the concrete pour. I've been to that site, and even being on the roadway hundreds of feet up at the top of the dam can give you vertigo.

In reality, no one was ever "entombed" in that dam, since doing so would have weakened the structure. However, fatalities were common on the Hoover Dam project. They were often the result of workers falling off the structure or being hit by stones that fell on them from higher up on the rock face. The construction worker's hardhat probably originated during this project, due to all the falling rock.

One dangerous job during that project required the workers to hang off the rock face and chisel it smooth using power tools. Workers were suspended by a single manila rope, on a swing seat called a bosun's chair. I've been in one; they are tricky to use. 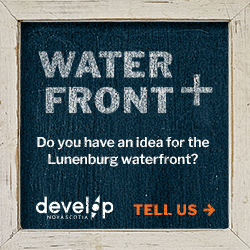 Today, work at extreme heights is done by construction workers who are suspended on a platform or in a "basket," which is supported by a crane. Suspending one platform above another one would never be allowed in today's regulations, at least in the Western world.

You can see this type of high work being done safely everyday by window cleaners who use a platform and davit crane combination that is built into the skyscraper. The workers also are prevented from falling from the platform by being attached to it with fall protection harnesses and lanyards.

In the past, another way that high work was performed was for workers to use single or double planks for suspended work. You can see this by Googling construction photos of the Empire State building, where the work is done tightrope style. Today, this construction work would be done either from a suspended basket or by workers who wear fall protection harnesses and are tied to the building with a steel lifeline.

A final modern tool, which often replaces old-time ladders or platforms and that has increased construction safety for work at or below 15 storeys, is a special lift called a portable elevated work platform (also known as a zoom boom). I am sure these machines have saved many lives, beside being fun and safe to use. Think of it as a truck that you can drive up beside a building, and then shoot right up the side of that building with the pull of a few levers, or you can use it to swing out over an open pit or go under a bridge to do an inspection.

The final verse in Webb's song finishes with him flying a star ship in the future. It's an appropriate ending to the song, when you think of how many new and exciting safety things are in the works.

Jobs that used to require someone climbing a ladder can now be done quicker, cheaper, and safer using a low-cost drone. Companies such as Boston Dynamics and Kuka are developing universal robots and human-assisted robots called cobots that can do hazardous or repetitive jobs more safely than a human could.

New fabrics are being developed with flotation and heat retention properties for protecting workers at sea. A little further down the road there will be wearable robotics (powered exoskeletons) for back or joint protection, as well as the wonder of nanotechnology, which will require a separate article of its own.

Things have changed a lot in the 30 years that I have been involved in industry. In my opinion, though, the best change is our improved attitude toward working safely. Now that's something worth singing about.