Sharon Hubley of Oakhill is the recipient of the 2019 Grace Hartman Award, which shines a light on feminist leaders within Canada's largest union, the Canadian Union of Public Employees (CUPE).

In presenting the award at CUPE's national convention in Montreal last month, CUPE National President Mark Hancock paid tribute to Hubley for the numerous barriers she has broken over the past 25 years.

Hubley was the first female recording secretary for CUPE in Nova Scotia - Local 1867 - as well as the first woman unit president, shop steward, for Lunenburg County.

And in May, she became the first female secretary treasurer on Local 1867's Highway Workers Union.

"I've broken barriers in our union, in Local 1867," Hubley confirmed in an interview with LighthouseNOW.

But there's still work to be done, she says. Hubley is only one of about 40 women among the 1,000 or so of CUPE 1867's Highway Workers division. And she says women still face barriers, which extend from the worker on the road to the upper echelons of union.

"It's still males. Sometimes I'm told to shush at a board meeting. That doesn't go over well any more."

According to Hubley, over the years she's found her voice. "I don't sit back and be invisible any more. I stand up...If I have something to say, I'll say it."

Hubley began working with what was then the Nova Scotia Department of Highways in 1979, handling contract paperwork in a field office while the department was building Highway 103.

"You kind of accepted the atmosphere. You're working in a man's world, you just went along with the flow. If they made jokes and you were embarrassed or it upset you, you just kind of shrugged it off," Hubley recalled. 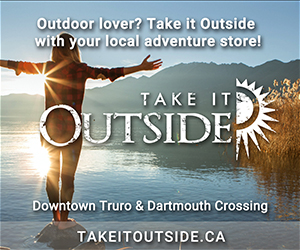 Upon becoming a member of CUPE, she became more and more interested and involved with respectful-work-place and health-and-safety issues within the local unit. She attended workshops and began going to union conventions.

"I just was soaking it all in and I wanted to learn more," she says.

She applied to become a CUPE member facilitator about eight years ago, and underwent a week of training in Halifax.

"When that happened I just found my voice," says Hubley. Along with other union members, she supported calls for the government to allow for time off in domestic violence cases, and to take measures to address violence in the workplace.

She was on CUPE National's committee dealing with racial profiling and its workplace diversity council, and undertakes to share information on diversity and inclusion.

"I've supported survivors of sexual harassment. I've stood up to sexism, racism in hostile environments," Hubley adds. "I know the facts; I know the policies ... I'm there as your support."

In his nomination letter, Steve Joy, the president of Local 1867, reported that Hubley speaks when something new needs to be said. Reading from Joy's nomination letter, in which he alluded to the traditional labour rally call demanding sustenance and quality of life, Hubley quotes,"'She knows that we need roses as well as bread.'"

Grace Hartman was CUPE's first woman president, holding the position from 1975 to 1983.

She had become outraged over workplace discrimination against women while employed as a clerk-typist for the Ontario township of North York in the mid-fifties. That led to a 30-year career as a labour activist.

According to CUPE, the Grace Hartman award pays tribute to her "activist spirit and her longstanding commitment to workers' rights, equality and social justice."