Two local endeavours have been shortlisted for a 2021 Atlantic Book Award.

The Dome Chronicles, published by Lunenburg's Nevermore Press and written by Garry Leeson of Harmony, Kings County, is a finalist for a Margaret and John Savage First Book Award. The book chronicles how Leeson and his wife built their geodesic dome home.

Jo Treggiari, who co-owns a bookstore in Lunenburg, is up for an Ann Connor Brimer Award for Children's Literature for her psychological thriller novel, The Grey Sisters. (Penguin Teen). No stranger to recognition as a writer, Treggiari was nominated for a 2019 Governor General's Literary Award in the young people's literature category for the same novel. 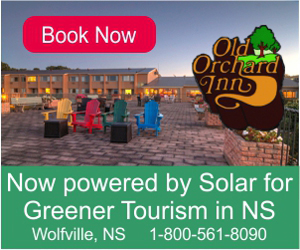 The 2021 Atlantic Book Festival and Awards will take place online with virtual author events happening May 6 to 12, and a virtual Awards Gala on May 13.

Currently based in Halifax with representation from all four Atlantic provinces, the Atlantic Book Awards Society (ABAS) is a registered non-profit organization with the mandate "to promote and acknowledge excellence in Atlantic Canadian writing and book publishing through an annual awards ceremony and related events."

Barring any pandemic, the goal is to continue rotating the awards ceremony through New Brunswick, Prince Edward Island, Newfoundland and Labrador as well as Nova Scotia.