A little caring goes a long way and the students at Dr. John C. Wickwire Academy have more than enough of that to go around.

The Liverpool elementary school is gathering donations to help bring a family of Syrian refugees to Queens County.

All of the money collected will go towards the Queens Refugee Care Team, led by Rev. Sheila Redden-Smith of Liverpool's Zion United Church, who has been leading a community effort to sponsor a Syrian family for several weeks.

She got a hold of Carla Powell, a Liverpool resident who helped spearhead the care team's effort, and together they arranged for a way the school could help.

Normally the school donates to UNICEF around this time of the year, but Burke thought they could do something a little different.

"And I consulted my 26 advisers and they thought it was a good idea," she said.

She told her class about the Syrian civil war, how it started, the dangers the Syrian people have faced and their reasons for leaving.

Burke explained to her students how lucky they were to live in a safe place like Liverpool, and even though it is a complex topic to grasp, she got the ball rolling.

Ethan Carver, a student in Ms. Burke's class, said he felt pretty badly about what was happening to the Syrian people. 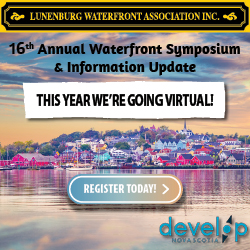 When asked how it would feel to bring a family to live with them, he smiled and said, "That would be pretty cool."

Carver's fellow classmates agreed with him, explaining how excited they would be to have a new student at their school and to hear about the culture.

Ethan even came up with the idea to hashtag their rallying cry, #FlagsForHope.

Since it began on October 19, Ms. Burke's class has worked diligently to spread the word, drawing posters engraved with positive messages for everyone to take notice.

One designed by the young Mr. Carver includes a quote he found online: "No one leaves home unless home is the mouth of a shark."

All 19 classrooms at Wickwire Academy are taking part and each day, Burke sends a pair of students to collect donations from each room.

For every $5 a classroom donates, it gets a small Syrian flag to colour and display near the main office, together with all of the others.

About $200 was raised in the first week and by October 30, Burke hopes to double their amount.

"I think it would be incredible," she said, when asked what it would mean to her if the town were to sponsor a family.

"Our community welcomes everybody that comes here."