No safety or threat concerns, says the South Shore Regional Centre for Education (SSRCE), but an "upset" student at Hebbville Academy's primary-to-Grade 5 school led to a hold-and-secure procedure April 27. "I can't get into into details because of privacy as it's specific to a young elementary student," Ashley Gallant, a spokeswoman for the SSRCE told LighthouseNOW in an email. "But as background and as an example when this may be necessary, teachers may keep their students in a classroom when there is a behaviour issue and no need for other young children to see." The student "was upset," and picked up from the school, Gallant said. "It was not a safety issue and there was no threat." The procedure lasted under an hour.

Police say a 41-year-old man sustained injuries considered minor but managed to escape the vehicle he was in before it went up in flames. The vehicle, the make and model of which were not released, went off Highway 3 in the community of Spectacle Lakes in Lunenburg County. "The driver ... and lone occupant of the vehicle was able to get out before the vehicle went up in flames," Cpl. Chris Marshall, a spokesman for the province's RCMP, told LighthouseNOW in an email. Emergency crews were summoned to the accident just before 1 a.m., April 27, where the vehicle was found in a ditch on its roof and on fire. Some of the wooded area near the vehicle was also in flames but volunteer firefighters contained the incident. "The man was transported to hospital via ambulance with minor injuries," Marshall said. "The investigation has been concluded and charges are not anticipated." The driver's community of residence was not released. 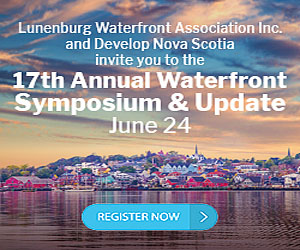 There were no reports of any injuries connected to a house fire that broke out April 25 in Italy Cross. Volunteer fire departments, including the one servicing Italy Cross-Middlewood and district, were sent to a home near the corner of Highway 103 and Italy Cross Road just after 1:30 p.m. Dispatch told the responding emergency crews that people on site saw flames coming from the ceiling. Smoke could also be seen outside emanating from the eaves. "Police and fire attended the scene and found the house to be in flames," Cpl. Chris Marshall, a spokesman for the province's RCMP, told LighthouseNOW in an email. A half-dozen other volunteer fire departments assisted with extinguishing the blaze. "Police do not believe the fire to be suspicious," Marshall said. The provincial fire marshal's office was involved in looking into the circumstances. "The cause of the fire was deemed accidental," Krista Higdon, a spokeswoman for the agency, told LighthouseNOW in an email.

A Bridgewater service station temporarily evacuated April 26 after workers inside noticed smoke coming out of the ceiling duct work. Volunteer firefighters were summoned to the Esso station at the corner of North Street and Aberdeen Road just after 7:30 p.m. A handful of workers and an undetermined number of customers vacated the business before responders arrived. Emergency crews found the heat pump blower motor seized-up and a look via thermal imaging technology showed it overheated, creating a haze and burning smell which went through the ventilation system. "There was very little smoke damage," Michael Nauss, Bridgewater's fire chief, said in a phone interview with LighthouseNOW. Firefighters disconnected power to the unit. There was no actual fire and no injuries resulting from the incident. The business re-opened within the hour. "They were were advised to have their heat pump serviced and motor replaced," Nauss said.