Separate house fires in different parts of Lunenburg County this month displaced a man and woman but both homeowners were not hurt in the blazes, which erupted on New Year's Day and Jan. 11.

The emergency social services charity Canadian Red Cross came to the aid of the man who lost his Highway 332 home in Bayport, near Lunenburg, with some food and clothing purchases. The resident plans to stay with a relative for the time being, the Red Cross said.

Riverport volunteer firefighters were summoned to the man's address around 8 a.m., Jan. 11, when he awoke to find his home was full of smoke. Fire chief Dylan Eisenhauer, already informed before arriving on scene that smoke was billowing from the eaves, said the resident also noticed indications of fire in the basement. "I'm just glad he got out when he did," Eisenhauer told LighthouseNOW.

Additional trucks and personnel from volunteer fire departments in Dayspring, Lunenburg, Bridgewater and Chester were requested and arrived on scene to help suppress the flames. Roughly, 10 trucks and more than 30 first responders worked the incident. "It was a large effort from everybody," Eisenhauer said.

Teams of emergency responders who went inside the home to investigate met complications with maneuvering around contents inside and also had to retreat when they found evidence that fire damage may already have compromised the floor they were on."You don't go into a maze with your eyes closed," Eisenhauer noted.

Despite firefighters' best effort, the home is a total loss. "We had to pull it apart with an excavator" to help extinguish the flames, Eisenhauer said.

One firefighter was sent to hospital but the fire chief could not confirm how the individual was hurt. Emergency crews were back on the scene the next morning to snuff out flames that rekindled debris at the front part of the foundation. 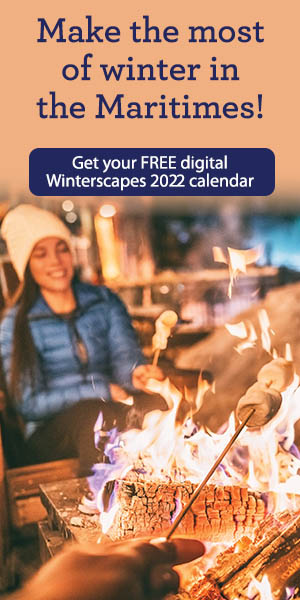 The fire started inside the home and the cause is classified as undetermined, but Eisenhauer indicated "this was not an intentional burn." As of this writing, the fire chief was unsure if the homeowner had insurance.

Eisenhauer credited the resident's neighbours for coming to his aid and rendering help to first responders.

Meanwhile, on Jan. 1, Western Shore volunteer firefighters returning from a medical assist call noticed a problem at the house across the road from their fire station.

"They noticed smoke was coming out of the chimney, dryer vents and out of the roof," Jared Swinemar, Western Shore's deputy fire chief, told LighthouseNOW.

Emergency crews were dispatched just after 8:30 a.m. to the Highway 3 address. Departments from Chester, Chester Basin and Martins River soon followed. "We have a hydrant right across the road so water supply was not an issue," Swinemar said.

The woman who lives at the home was not present at the time of the fire and later found alternative accommodations. She has insurance, Swinemar said. The residence is not a total loss but, he said, it will require interior repairs due to damage.

The blaze started inside the structure and the cause is determined as accidental in nature, possibly related to something electrical.

Swinemar said first-entering fire crews were forced to retreat because of extreme heat but conditions changed after the team closed the door. A window shattered and created a ventilation situation that helped lead responders to the source and eventual extinguishment of the fire.

Based on the burn patterns and other evidence at the scene, Swinemar said the fire was likely going for a while. "It was starving for oxygen."

There were no injuries.