Police charged a 24 year old Lunenburg County woman with four allegations connected to the November 2 crash in Aldersville that claimed the life of a Valley senior.

RCMP allege Alysha Dawn Kennedy, of Gold River, was driving a Chrysler sedan that attempted to pass several other vehicles on Highway 12 when it struck a Volkswagen vehicle travelling in the opposite direction. The driver was the sole occupant of the sedan.

Police announced the arrest and pending charges November 5. RCMP originally told LighthouseNOW the woman driving the Chrysler was a resident of Kings County but corrected that detail. 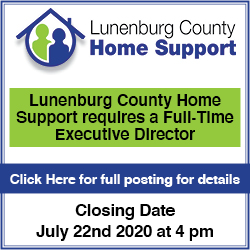 Police said the November 2 collision claimed the life of a 71 year old Kentville woman, who was a passenger in the Volkswagen. The woman driving the Volkswagen was taken to hospital by the air ambulance LifeFlight chopper, which landed and departed from a field near the crash scene. Police said her injuries were considered "serious."

Emergency crews, including police, multiple ambulances with paramedics, and New Ross and Kentville volunteer firefighters were summoned to the crash, north of Sefferns Lake Drive, at about 3:30 p.m.

A RCMP collision reconstructionist examined the scene for evidence, resulting in a temporary closure of a stretch of Highway 12 for seven-and-a-half hours.

The investigation is ongoing.