Bridgewater green-lit a development agreement that leads the way to a three-storey, 38-unit residential building on the east side in the wake of area residents' concerns about traffic and other issues.

Halifax-based Olympus Properties Management proposes a multi-story complex on less than a hectare of undeveloped woodland off Hirtle Drive near the where the street intersects with MacNeil Drive. Construction is expected to start in the spring.

Correspondence from Ronald and Dale Heisler of MacNeil Drive raised worries about pedestrian safety and traffic flow, including the right-in, right-out scenario at the corner of Hirtle Drive and Aberdeen Road, several metres away from the subject land.

The Heislers foresee increased motor vehicle traffic resulting at a busy intersection a couple of block away, near the South Shore Medical Arts Building and South Shore Regional Hospital. "If there were to be 38 new families coming to this area, this will greatly exacerbate the already dangerous situation at this intersection," the family said in letter. "We have seen no plan to improve safety at this intersection, for example, by altering it to make it a four-way stop."

Traffic flow was also on the mind of area resident Dan Squires, who appeared at an October 29 council meeting, hoping a traffic analysis includes the corner of Glen Allan Drive and MacNeil Drive. "I'm sure you're going to have a few more fender-benders," he commented to civic politicians.

Paul Krieger of Glen Allan Drive wrote to council highlighting traffic patterns among his concerns. "If access to the downtown is envisioned via McNeil [sic] Drive, Glen Allan Drive and then down Aberdeen, the homes along that route would be negatively affected. Thirty-eight units would likely mean 38 vehicles, if not more," Krieger added, "which also raises the issue of the provision of adequate parking, given that the lot is on a hillside." 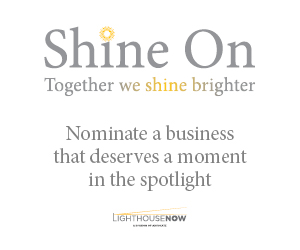 He suggested the lot and neighbourhood would be more suited for single family dwellings. "As the plan for the far end of Glen Allan Drive appears to be the construction of an entire new neighbourhood, there would appear to be little need for a high rise in the proposed location, and the developer may well encounter difficulty in selling/renting the proposed units."

A traffic impact study - a planning requirement - is finished and the town's traffic authority and developer are working through any issues such as vehicle volumes in the area, on-street parking, and road or intersection restrictions. Bridgewater's planning department believes the project "is of similar height, scale and density, to nearby multi-unit residential developments" and "the architectural style is different but compatible with adjacent properties."

The development also meets on-site parking rules and it's determined there's "any risk in terms of slope and flooding" when it comes to property uses.

Eighteen people were present for a public participation meeting concerning the project in the summer.

Olympus Properties Management already owns five residential buildings in Bridgewater. The company owns apartment complexes off Aberdeen Road, and two more off Elm Street and North Street. All of these locations are on the east side of town. Olympus had plans in 2011 for a four-story, 23-unit development near one of its North Street apartment buildings but the project never came to fruition.

"I would like to thank the developer for coming to our town and putting his hard-earned money into our town; much appreciated," Councillor Bill McInnis said, before council authorized the latest development deal.

The agreement becomes official after a 14-day Nova Scotia Utility and Review Board appeal period expires. If there's no appeal, Olympus has up to one year to sign the existing deal.