And then there was one: Chester health clinic losing majority of its doctors

As another family physician prepares to leave the South Shore, more patients will be added to the some 51,000 people already on the list looking for a primary physician in Nova Scotia.

Dr. Victoria Ripley, whose final day working at Chester's Our Health Centre (OCH) is November 7, is returning to the United Kingdom. She is following in the footsteps of Dr. Farah Farzadfar who moved to Ontario in August. Both physicians are leaving because their partners could not find suitable work in the area.

"Obviously we are disappointed when a doctor leaves Our Health Centre, or any of the other clinics in this catchment area," said Lorraine Burch, general manager at the centre. "OHC will continue to support the doctor recruitment efforts of the Nova Scotia Health Authority and is working with the Municipality of Chester on the development of a doctor recruitment and retention strategy."

A third doctor is reported to be leaving the health clinic as well, according to a news report from a local broadcaster.

"There must be an expectation with our government that when you hire a physician, in some cases, you're hiring their family as well," she said via email. "We need to create conditions that help doctors who relocate to our province to want to stay here permanently. That means employment opportunities for their partners and good schools for their children."

She said that the government continues to tout their track record on recruiting physicians, but asks how many have stayed?

"We must remember that when a physician is making the decision to relocate their life to a new province or country they need assistance. The NSHA and the health department have a role to play," said MacFarlane. "That role is to make sure that new physicians' needs are met and to make sure that is available to them before they come and certainly when they arrive."

Carla Adams, senior advisor, media relations for public engagement and communications with the NSHA, said physician recruitment is a priority for the authority.

"We know that accessing a primary care provider can sometimes be a challenge. NSHA continues to work in partnership with Our Health Centre and the Chester community to meet the primary care needs of the community," said Adams.

"Recruitment of family physicians is a priority; we continue to recruit family physicians and primary care providers every day," she added. "It takes all of us working together, the health authority, government and communities to create a place where health providers want to live and work."

Adams said that there have been several site visits to Chester by interested physicians in recent months.

With the loss of another physician, that leaves just three family doctors practising at the centre. There are also two additional doctors who practise in the community.

Gary Burrill, leader of the provincial NDP, said that the Liberals must pull up their socks.

"On many different fronts the government has badly failed to do the planning and to conduct the affairs of the health care system in the province," he said.

He said the government must be willing to acknowledge that the province is in the middle of a health care crisis, which he says they are not willing to do. 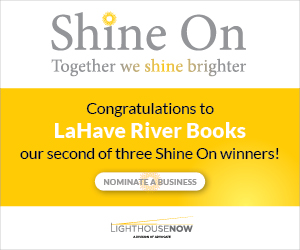 Burrill pointed to several factors for the physician shortage including the 2015 amalgamation of the nine health boards into one.

"What happened was that they took two years. It took all the top health care administrators in the province to focus their energy exclusively on the project. When they looked up from the project, they said we took our eye off the ball of physician recruitment and now we are in a primary care crisis," he added.

Other reasons for the crisis, he states, is the lack of nursing home care beds that have been created by the Liberals, noting that since they came into power, not one-long term bed has been created until plans were announced this year for some in Cape Breton.

This leads to a cycle where those who should be in homes instead are kept in hospitals, leading to a lack of beds for patients and emergency room overcrowding.

Another issue that Burrill brought up is the unfair health transfer agreements with the federal government.

"The provincial government signed off on a health accord with the federal government that doesn't account for the fact that our population in Nova Scotia is older and more dispersed regionally, so it costs more to deliver health care," said Burrill.

Randy Delorey, Minister of Health and Wellness for the provincial Liberals, disagreed with this statement and said that it was more than what the Conservatives were previously willing to offer.

Delorey said recruiting physicians is a priority for himself and his staff.

"I recently received a letter from the premier saying that this needs to be one of our key priority areas," he said. "We recognize the challenge and how important it is to have access to have primary care providers and we are seeing progress."

He noted that there has been a 12 per cent reduction in the amount of people looking for primary care physicians from October 2018 to October 2019.

Delorey also said that they have added four more seats for physicians this year and 12 more will be added next year at Dalhousie University Medical School with a goal of having 50 per cent of the students graduate and opt for family medicine. With the 16 new spots, Dalhousie will have a total of 94 first-year medical training seats.

Burrill said that there are a couple of solutions to the health care crisis.

The first is to prioritize funding for more long-term care beds. The second is the introduction of physician assistants in the system. He said that it has been tried with success in other Canadian provinces.

"Their skills are used so you can extend the doctors so they can see more patients," said Burrill. "Doctors do a lot of jobs that don't require the full scope of a physician's skills, like ordering tests, or writing prescriptions."

The physician assistant concept is currently in a three-year pilot program and is used in the Canadian military and in several provinces in Canada. Last month, the NSHA was given approval for the pilot project.

Burrill says the government needs to reduce the long trial period and move quicker to get them into the system.